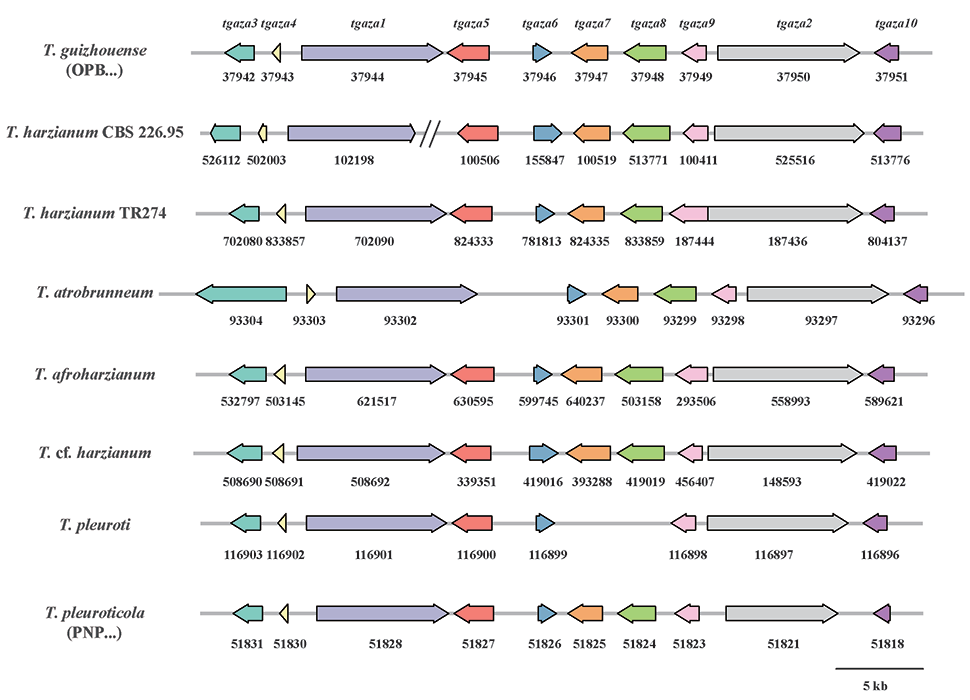 Filamentous fungi are known as producers of a large array of diverse secondary metabolites (SMs) that aid in securing their environmental niche. Here, we demonstrated that the SMs have an additional role in fungal defense against other fungi: Trichoderma guizhouense, a mycoparasite, is able to antagonize Fusarium oxysporum f. sp. cubense race 4 (Foc4) by forming aerial hyphae that kill the host with hydrogen peroxide. At the same time, a gene cluster comprising two polyketide synthases is strongly expressed. Using functional genetics, we characterized this cluster and identified its products as azaphilones (termed as trigazaphilones). The trigazaphilones were found lacking in antifungal toxicity but exhibited high radical scavenging activities. The antioxidant property of trigazaphilones was in vivo functional under various tested conditions of oxidative stress. Thus, we conclude that the biosynthesis of trigazaphilones serves as a complementary antioxidant mechanism and defends T. guizhouense against the hydrogen peroxide that it produces to combat other fungi like Foc4.