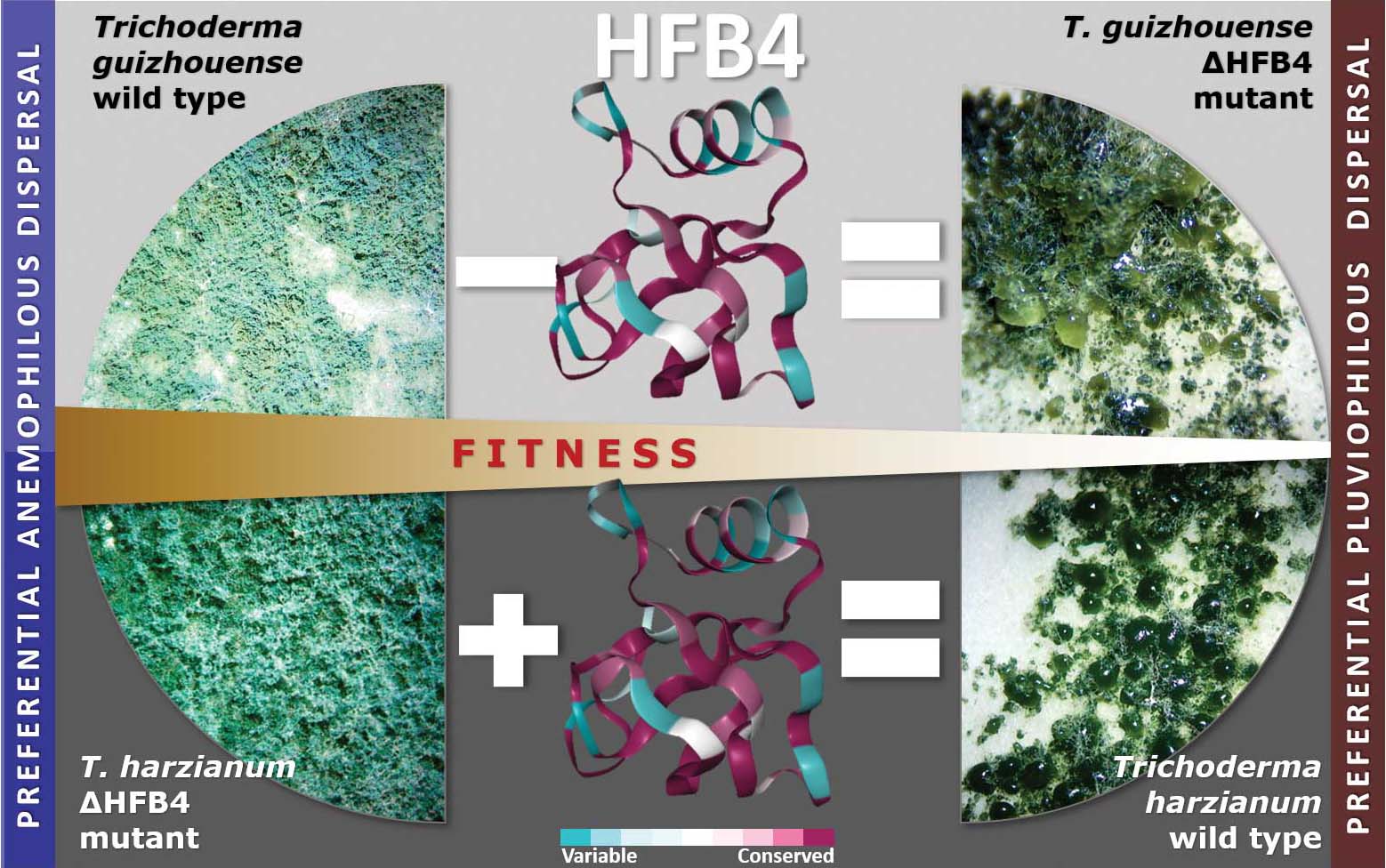 Fungal evolutionary biology is impeded by the scarcity of fossils, irregular life cycles, immortality, and frequent asexual reproduction. Simple and diminutive bodies of fungi develop inside a substrate and have exceptional metabolic and ecological plasticity, which hinders species delimitation. However, the unique fungal traits can shed light on evolutionary forces that shape the environmental adaptations of these taxa. Higher filamentous fungi that disperse through aerial spores produce amphiphilic and highly surface-active proteins called hydrophobins (HFBs), which coat spores and mediate environmental interactions. We exploited a library of HFB-deficient mutants for two cryptic species of mycoparasitic and saprotrophic fungi from the genus Trichoderma (Hypocreales) and estimated fungal development, reproductive potential, and stress resistance. HFB4 and HFB10 were found to be relevant for Trichoderma fitness because they could impact the spore-mediated dispersal processes and control other fitness traits. An analysis in silico revealed purifying selection for all cases except for HFB4 from T. harzianum, which evolved under strong positive selection pressure. Interestingly, the deletion of the hfb4 gene in T. harzianum considerably increased its fitness-related traits. Conversely, the deletion of hfb4 in T. guizhouense led to the characteristic phenotypes associated with relatively low fitness. The net contribution of the hfb4 gene to fitness was found to result from evolutionary tradeoffs between individual traits. Our analysis of HFB-dependent fitness traits has provided an evolutionary snapshot of the selective pressures and speciation process in closely related fungal species.