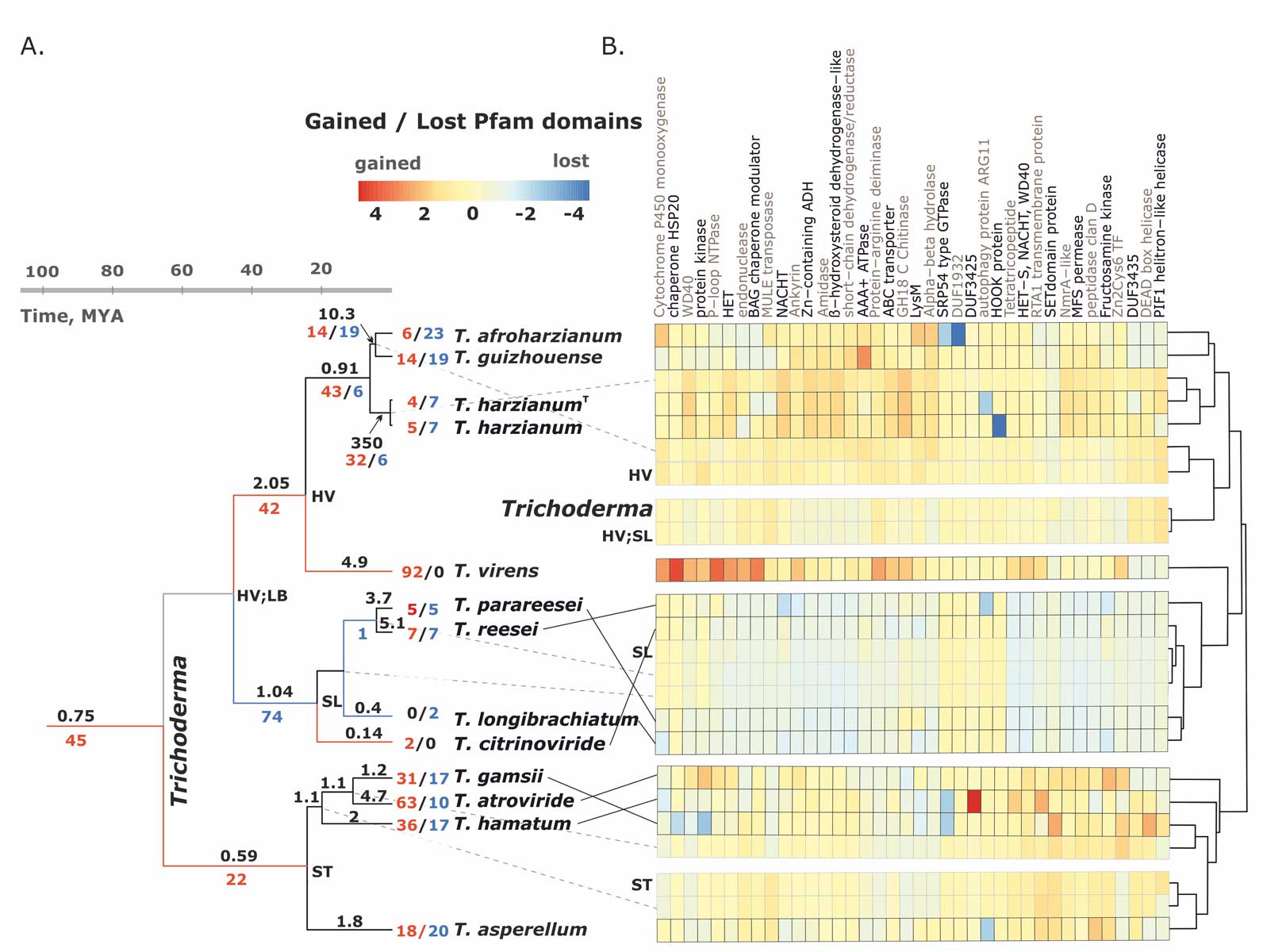 The growing importance of the ubiquitous fungal genus Trichoderma (Hypocreales, Ascomycota) requires understanding of its biology and evolution. Many Trichoderma species are used as biofertilizers and biofungicides and T. reesei is the model organism for industrial production of cellulolytic enzymes. In addition, some highly opportunistic species devastate mushroom farms and can become pathogens of humans. A comparative analysis of the first three whole genomes revealed mycoparasitism as the innate feature of Trichoderma. However, the evolution of these traits is not yet understood.

We selected 12 most commonly occurring Trichoderma species and studied the evolution of their genome sequences. Trichoderma evolved in the time of the Cretaceous-Palaeogene extinction event 66 (±15) mya, but the formation of extant sections (Longibrachiatum, Trichoderma) or clades (Harzianum/Virens) happened in Oligocene. The evolution of the Harzianum clade and section Trichoderma was accompanied by significant gene gain, but the ancestor of section Longibrachiatum experienced rapid gene loss. The highest number of genes gained encoded ankyrins, HET domain proteins and transcription factors. We also identified the Trichoderma core genome, completely curated its annotation, investigated several gene families in detail and compared the results to those of other fungi. Eighty percent of those genes for which a function could be predicted were also found in other fungi, but only 67% of those without a predictable function.

Our study presents a time scaled pattern of genome evolution in 12 Trichoderma species from three phylogenetically distant clades/sections and a comprehensive analysis of their genes. The data offer insights in the evolution of a mycoparasite towards a generalist.