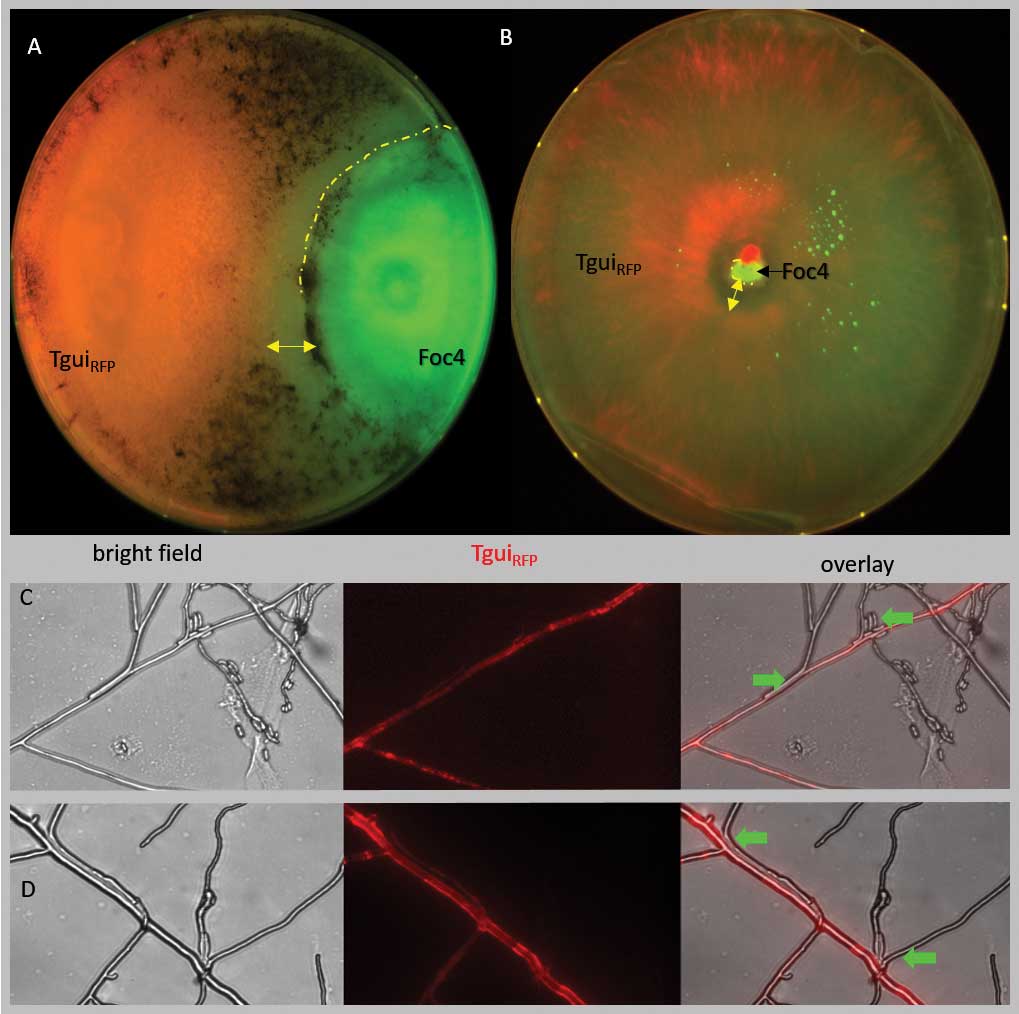 When resources are limited, the hypocrealean fungus Trichoderma guizhouense can overgrow another hypocrealean fungus Fusarium oxysporum, cause sporadic cell death and arrest growth. A transcriptomic analysis of this interaction shows that T. guizhouense undergoes a succession of metabolic stresses while F. oxysporum responded relatively neutrally but used the constitutive expression of several toxin-encoding genes as a protective strategy. Because of these toxins, T. guizhouense cannot approach it is potential host on the substrate surface and attacks F. oxysporum from above. The success of T. guizhouense is secured by the excessive production of hydrogen peroxide (H2 O2 ), which is stored in microscopic bag-like guttation droplets hanging on the contacting hyphae. The deletion of NADPH oxidase nox1 and its regulator, nor1 in T. guizhouense led to a substantial decrease in H2 O2 formation with concomitant loss of antagonistic activity. We envision the role of NOX proteins in the antagonism of T. guizhouense as an example of metabolic exaptation evolved in this fungus because the primary function of these ancient proteins was probably not linked to interfungal relationships. In support of this, F. oxysporum showed almost no transcriptional response to T. guizhouense Δnox1 strain indicating the role of NOX/H2 O2 in signalling and fungal communication. 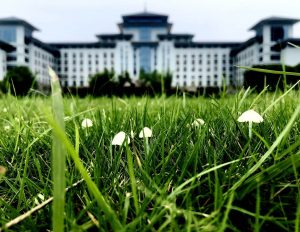